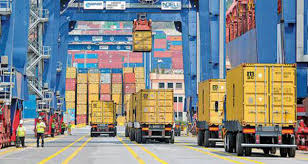 The 11-country Trans-Pacific Partnership was officially signed Thursday in Chile, representing $10 trillion of the global economy.
Now known as the Comprehensive and Progressive Agreement for the Trans-Pacific Partnership (CPTPP), the sweeping free trade deal was put in jeopardy after U.S. President Donald Trump pulled his country out of the pact three days after his inauguration in January 2017. But the remaining countries regrouped and that culminated in the signing Thursday.
White House officials had voiced support for a second look and possibly rejoining the group, but a senior Canadian official said if that proves to be the case, there would be no special treatment for the U.S.
“The United States will not receive any fast-track access to this agreement,” the unnamed Canadian official said Thursday in a teleconference call from Chile, providing technical background on the deal.
The pact includes 22 provisions that were excluded from the original deal, and that includes the membership of the U.S. and some of its demands, such as protection of pharmaceuticals.
All 11 countries would have to agree before the U.S. could join the partnership.
“That gives us some leverage around the table in terms of negotiating the potential terms of the United States coming back,” the Canadian official said.
The CPTPP will reduce trade tariffs for member countries that together account for more than 13 percent of the global economy and covers 500 million people.
Canadian International Trade Minister Francois-Philippe Champagne signed on behalf of Canada and Friday he will head to Paraguay to kindle free trade talks with the Mercosur group. The South American trade bloc includes Paraguay, Argentina, Brazil and Uruguay.
The CPTPP and talks with Mercosur are part of the Canadian strategy to diversify as its traditional and largest trading partner, the U.S., is shrouded in uncertainty because of the potential for an increase in steel and aluminum tariffs. Trump has promised an announcement of the tariffs later Thursday.
As well, Trump has threatened to kill the North American Free Trade Agreement renegotiations that are underway with Canada and Mexico.
CPTPP members include Australia, Brunei, Canada, Chile, Darussalam, Japan, Malaysia, Mexico, New Zealand, Peru, Singapore and Vietnam.