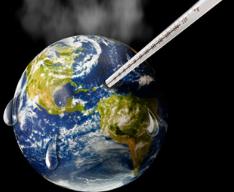 Last year was Earth’s warmest on record, separate analyses by NASA and the National Oceanic and Atmospheric Administration released on Friday showed.
With the exception of 1998, the 10 warmest years on record have now occurred since the year 2000, analysis of surface temperature measurements show.
Since 1880, when record-keeping began, Earth’s average surface temperature has warmed by about 1.4 degrees Fahrenheit (0.8 degrees Celsius), a trend that is largely driven by the increase in carbon dioxide and other human emissions into the planet’s atmosphere, NASA said.
“While the ranking of individual years can be affected by chaotic weather patterns, the long-term trends are attributable to drivers of climate change that right now are dominated by human emissions of greenhouse gases,” Gavin Schmidt, director of NASA’s Goddard Institute of Space Studies in New York, said in a statement.