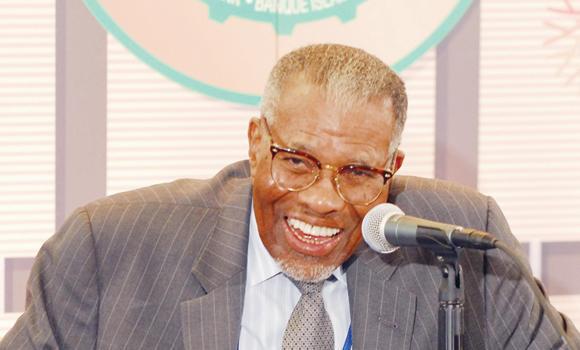 A $2 billion Islamic Development Bank Infrastructure Fund II (known as the “IDB Fund II“) was launched on the occasion of the bank’s 40th anniversary, said Ahmad Mohamed Ali, president of the IDB Group.
The IDB Fund II is the largest private equity infrastructure fund dedicated to the 56-member countries of the IDB. The bank’s board of governors has reappointed Ali as its president for the next five years.
The IDB Fund II is supported by the Public Pension Agency of Saudi Arabia, the Public Investment Fund of Saudi Arabia, the Ministry of Finance of Bahrain and the Ministry of Finance of Brunei Darussalam as founding investors, with aggregate commitments totaling nearly $750 million for the first closing. A final closing with additional investors is targeted for early 2015.
The fund will have a broad sectorial focus beyond the core infrastructure sectors of power, telecommunications and transportation and will include investment in oil and gas, refinery and petrochemicals, steel and aluminum, mining, logistics and an allocation for health care, education and financial services.
The IDB Fund II is the successor to the $730 million IDB Infrastructure Fund I (the IDB Fund I), also supported by the founding investors, which achieved an IRR of 18 percent and an investment multiple of 1.7 times across signature projects such as AirAsia in Malaysia, the Saudi International Petrochemical Company (Sipchem) in Saudi Arabia and AES Oasis Ltd., with power assets in Pakistan, Oman and Jordan.
“Building on the successful track record of IDB Fund I, the IDB and founding investors are nearly tripling the size of the IDB Fund II to $2 billion,” said Ali. “The fund will mobilize up to $24 billion of aggregate financing to support the development of key infrastructure projects in IDB member countries.”
IDB and the founding investors have established ASMA Capital Partners, based in Bahrain, as a multi-fund asset management platform to manage the IDB Fund II.
The chairman of ASMA Capital is the president of the IDB Group and the vice chairman is Mohammed Al-Kharashi, governor of the Public Pension Agency of Saudi Arabia. Members of the board of directors are Abdullah Al-Ayadhi, representing the Public Investment Fund (KSA), and Sami Humaid, representing Bahrain’s finance ministry.
Mohammed Al-Kharashi said: “ASMA Capital is expected to play a significant role in assisting pension funds and other global investors seeking to deploy capital into infrastructure projects in select emerging markets for portfolio diversification and stable return.”