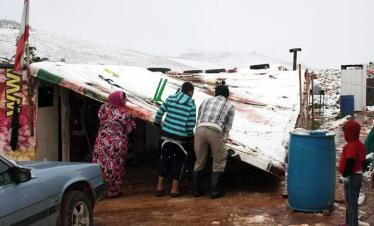 Lebanon’s state-run National News Agency says four Bangladeshi workers suffocated as a result of faulty heating in their room in a mountainous region north of the country.
The agency says the four were found dead Saturday in the Dinniyeh region. NNA gave no further details.
The Middle East has been hit with a severe winter storm since Tuesday, affecting tens of thousands of Syrian refugees living in tents around the region.
The latest deaths raise to seven the number of people killed by the weather in Lebanon since Tuesday, including three Syrians.
Activists say several people died in Syria as well because of the storm.