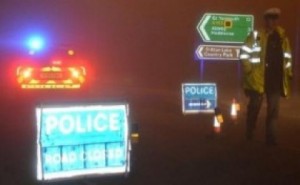 Four people have been killed in a helicopter crash in rural Norfolk. The civilian aircraft crashed in a field in Gillingham, near Beccles, at about 19:30 GMT, and all four on board were killed at the scene, police said.
The accident site is near Gillingham Hall, a stately home owned by Northern Ireland peer Lord Ballyedmond.
It is not known what caused the crash but witnesses reported fog in the area at the time and said the helicopter crashed very soon after taking off.
Norfolk Police said they would not release further details of the victims until their next-of-kin had been informed.
They also refused to comment on where it had taken off from or what its destination was but said the site would remained cordoned off during the day while examinations of the scene were carried out.