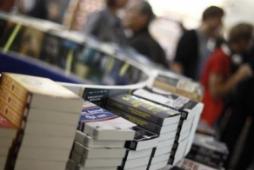 A 9-year-old girl, who loves to read, has finished reading 364 books in just seven months.
Faith Jackson from Ashley, Cheshire, who has shunned TV and computer games, prefers to indulge in a Roald Dahl or Harry Potter book, the Daily Express reported.
The 9-year-old girl, who gained her passion for after being encouraged to read more by her primary school teacher two years ago, has also been awarded a certificate of achievement by Cressida Cowell, author of ‘ How To Train Your Dragon ‘.
Jackson’s mother said that her daughter says reading is just as stimulating as TV or computer games, as one has to use their imagination rather than let the screen conjure it up.
Faith said that she mostly likes books with animals or magic or adventures in them, but her life is not all about books, as she attends karate classes, plays netball and does four hours of gymnastics every week with a little bit of TV.