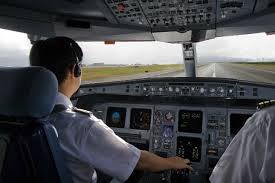 Commercial airlines will need to recruit and train 558,000 new pilots over the next 20 years to meet rising travel demand, according to a Boeing forecast released recently.
About 40 percent of the new commercial pilots, or 226,000, will be needed in the Asia Pacific region, according to the report.
The demand is similar for airplane maintenance technicians, where there will be a need for 609,000 new hires. Asia Pacific is again home to the biggest portion with 238,000, or 39 percent.
The additional staff will be needed to run a projected 38,000 new aircraft added to the global fleet over the next 20 years, the US aerospace giant said. Boeing has 17 training campuses worldwide.
“The challenge of meeting the global demand for airline professionals will not be solved by one company alone,” said Sherry Carbary, vice president of Boeing Flight Services.
“Aircraft manufacturers, airlines, training equipment manufacturers, training delivery organizations, regulatory agencies and educational institutions are all stepping up to meet the increasing need to train and certify pilots and technicians.”
Compared with the company’s 2014 outlook, pilot demand was up more than four percent and demand for technicians rose about five percent.
After Asia Pacific, North America and Europe were tied for second place in Boeing’s latest forecast for pilots, with 95,000 new hires projected over the next 20 years.
They were followed by Middle East (60,000 new pilots), Latin America (+47,000), Africa (+18,000) and Russia/CIS (+17,000).
North America was second as far as new technician staff needed with 113,000, followed by Europe (+101,000), Middle East (+66,000), Latin America (+47,000) and Africa and Russia/CIS (both +22,000).