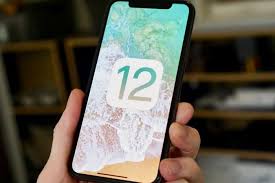 Apple’s iOS 12, the latest version of advanced mobile operating system (OS) and the successor to iOS 11 which is said to make daily tasks faster and more responsive, is now available globally.

The latest OS promises to bring performance improvements across the system and to more devices than any previous version, thus, supporting iPhone 5s that was introduced in 2013.

“Available as a free software update, iOS 12 introduces new augmented reality (AR) experiences, fun new features like Memoji, Siri Shortcuts that open up a world of apps to work with Siri and new tools to help people reduce interruptions and manage screen time for themselves and their families,” the iPhone maker said in a statement late on Monday.

“When there is a lot going on across the system, apps can launch up to twice as fast,” the company added.

A few new tools like “Screen Time” built into the iOS 12 help users understand and take control of the time they spend interacting with their devices.

This feature provides users with detailed information and tools to help them manage the time they spend with apps and websites and better understand and control where their child spends time.

Another nifty addition is “Siri Shortcuts” that allows any app to now work with Apple’s digital assistant Siri.

“Users can also use their voice to run any shortcut, making it even easier to use their favourite apps. The new shortcuts app goes even further, allowing users to create custom shortcuts to streamline frequent tasks,” the company said.