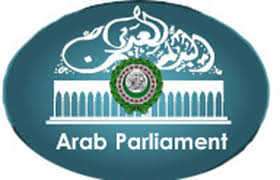 The Arab Parliament warned Iran against open intervention in the affairs of the Arab countries, instigation of sectarian strife, threat to the coherence of Arab entity, jeopardizing the Arab national security and violating the sovereignty of the Kingdom of Saudi Arabia.
In a communique issued at the end of its general session at the headquarters of the Arab League in Cairo Wednesday, the parliament extended full support to the Kingdom in its firm position toward Iran. It also called for a decisive and a firm Arab stand to confront the Iranian interference in the region.
The parliament denounced the Iranian intervention in Bahrain, citing uncovering of a terrorist cell in the country run by Iranian agents. It reiterated the Arab position calling for Iran to peacefully resolve its dispute with the United Arab Emirates on the three islands or commit to obey the international arbitration ruling on the issue.
The parliament denounced deliberate killings orchestrated by occupational Israeli forces to suppress Palestinian popular uprising.
It called on France to resume its efforts together with the world community to obtain a Security Council resolution to fix a date for ending the occupation of the State of Palestine.
The parliament welcomed the Vatican and Greek parliaments for recognizing the Palestinian state and urging all parliaments of the world to follow suit.
The communique also urged all Palestinian forces and factions to implement their agreement to end sedition and difference and eliminate all obstacles before the government to function according to law and systems to enable the Palestinian people restore their abilities, dismantle the siege and rehabilitate Gaza strip.
On Iraq, the parliament congratulated its armed forces on liberating Al-Ramadi from the hands of Daesh (the so-called IS), also calling on Turkey to withdraw its troops from the Iraqi territories immediately and show respect to Iraq’s sovereignty, independence and integrity of territories.
On Yemen, the Arab parliament expressed categorical rejection of exploiting the sufferings of civilians in Yemen as a tool of pressure in the ongoing struggle in that country, calling on the world community to end such violations.
The statement called for lifting the siege over the city of Taiz and working to enter humanitarian assistance to the needy in Yemen.
The communique also called on all domestic, regional and international parties in Yemen to work for a political solution to the crisis in a way that preserves the country’s unity and respects its peoples choice.
On Syria, the Arab parliament confirmed rejection of exploiting the suffering of civilians in Syria as a tool of pressure in the ongoing struggle in the country, calling for lifting the siege on civilians in Syria and working to enter humanitarian assistance to the needy without any obstacles.
The parliament stressed the right of the Syrian people to restore Golan Heights from the Zionist entity, calling on all domestic, regional and international parties in Syria to work to achieve a political solution to the crisis in the country. The communique condemned the recent terrorist acts in Libya.
The Arab parliament called for enhancing regional Arab cooperation and coordination to combat terrorism, demanding the creation of a data base on litigation procedures in the Arab world, and reaching an agreed upon list of terrorist organizations.
The parliament also recommended that the statute of the Arab Justice Tribunal be endorsed.
It also called for reviewing the Arab Charter for human rights in coordination with the Arab Human Rights Committee.