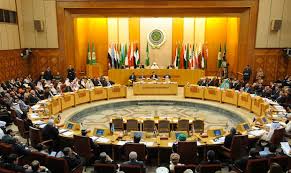 Arab leaders opened their annual summit in the eastern Saudi city of Dhahran on Sunday.
Sixteen Arab leaders are attending the summit, which comes one day after the U.S., France and Britain launched a joint airstrike in Syria in the wake of a suspected chemical attack by regime forces.
The Syrian conflict, the Palestinian issue and alleged Iranian interference are expected to dominate discussions during the one-day event.
On Saturday, the umbrella Arab League said the summit will not discuss Gulf crisis, which was triggered by last year’s cut-off of diplomatic ties between four Arab states and Qatar amid accusations for Doha of supporting terrorism.
Sunday’s summit comes three months after the U.S. officially recognized Jerusalem as the capital of Israel, triggering world outcry.
Jerusalem remains at the heart of the Middle East conflict, with Palestinians hoping that East Jerusalem — occupied by Israel since 1967 — might eventually serve as the capital of a Palestinian state.