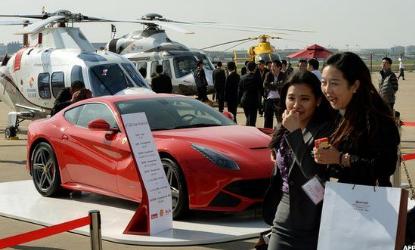 The Asia Pacific, excluding Japan, held $47 trillion (£30tn) in private wealth last year as the number of new millionaires rose in China and India.
North America is the world’s richest region with $51tn, but is expected to be surpassed by Asia in 2016.
Asia is also projected to hold 34% of global wealth in 2019.
Overall, global private financial wealth grew by nearly 12% last year to $164tn, lifted by strong gains in the stock and bond markets.
“A strong “‘old world versus new world’ dynamic was observed, with the so-called new world growing at a far faster pace,” the report said.
“As in both 2012 and 2013, Asia-Pacific (excluding Japan) remained the fastest-growing region in 2014.
“By contrast, growth rates in all ‘old world’ regions remained in the single digits, led by Western Europe and North America, and with Japan lagging somewhat behind.” -BBC