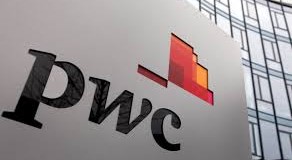 Bangladesh is going to emerge as the world’s 23rd largest economy in terms of purchasing power parity (PPP) by 2050.
The UK-based PricewaterhouseCoopers (PwC) made the projection in its latest report on global economy.
Currently, Bangladesh’s gross domestic product (GDP) is the 38th largest in the world in terms of PPP.
The PwC has projected that Bangladesh’s economy will surpass that of Australia and Malaysia Malaysia within the given timeframe.
The country’s GDP size, according to the PwC, was $536 billion in 2014 in PPP terms. The Bangladesh economy is expected to be worth $1.291 trillion in 2030 and $3.367 trillion in 2050.
The PwC’s “World in 2050″ report now covers a total of 32 countries including Bangladesh. These 32 countries account for around 84 per cent of global GDP, up from around 80 per cent for the 24 economies in PwC’s 2013 report.
The PwC identified four key factors behind these 32 countries’ growth in next 35 years. These are: growing labour force of working age, increase in human capital, growth in physical capital and factor productivity.
China, which is already the largest economy in the world in terms of PPP, will continue to keep the top place in 2035 and 2050.
India will replace the United States after 35 years and become the second largest economy followed by the USA. Indonesia will be fourth and Barzil will be fifth.