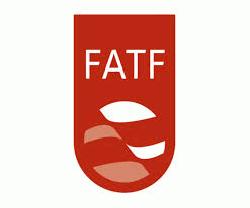 Bangladesh has achieved global recognition in combating money laundering and terror financing.
Finance Minister Abul Maal Abdul Muhith announced the achievement at a press conference at his office here on Monday.
The Paris-based international organisation, the Financial Action Task Force (FATF), gave the recognition by delisting the name of the country from its “Grey List”.
The FATF, an inter-governmental body to combat money laundering, listed Bangladesh under the category of “grey” in 2008 after it found major deficiencies in Anti-Money Laundering and Counter Financing of Terrorism (AML/CFT) drives.
The organisation, however, at a meeting in Paris on Friday decided to put Bangladesh out the Grey List as the country made significant progress in its drives against money laundering and combating terror financing in the past few years.
“The FATF welcomes Bangladesh’s significant progress in improving its AML/CFT regime and notes that Bangladesh has established the legal and regulatory framework to meet its commitments in its action plan regarding the strategic deficiencies that the FATF had identified in October 2010,” the organisation said after the Friday’s meeting,
It announced that Bangladesh is therefore no longer subject to FATF’s monitoring process under its ongoing global AML/CFT compliance process and the country would work with Asia Pacific Group (APG) as it continues to address the full range of AML/CFT issues identified in its mutual evaluation report.