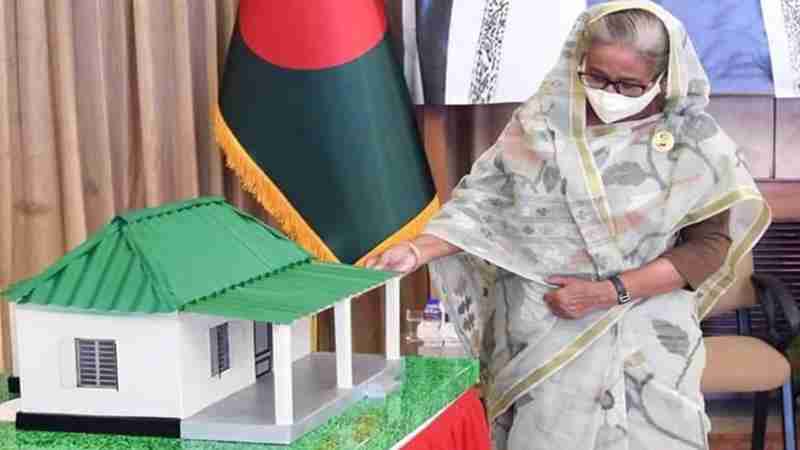 Touted as the world’s largest, Bangladesh on Saturday launched a project to house all of the country’s homeless population. “In Mujib Year and on the 50th anniversary of our independence, no one will be homeless in Bangladesh. Our government is working tirelessly to achieve this aim,” Prime Minister Sheikh Hasina said as she inaugurated the Ashrayan-2 Project in a virtual ceremony due to coronavirus restrictions.
The ruling Awami League-led government has declared the year 2020-2021 as Mujib Year to celebrate the 100th birth anniversary of Sheikh Mujibur Rahman, the founding father of Bangladesh.
The South Asian nation of some 165 million people will mark the golden jubilee of its independence on Mar. 26 this year.
A total of 885,622 homeless and destitute families across the country will benefit from the mega housing project.
In the first phase, houses have been allotted to 66,189 families, with 100,000 more due to be handed over next month, officials said. Each house has two rooms, a kitchen, a bathroom, and a veranda.