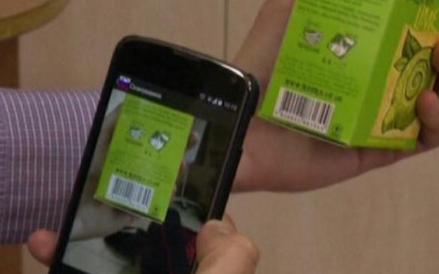 An app that allows users to search for a product linked to targeted companies or countries in order to boycott them has seen a significant surge in users signing up to anti-Israel campaigns.
Buycott catalogues brands and their affiliations and lets users set up campaigns to either help or avoid funding certain causes. By scanning a product’s barcode with their smartphone camera, consumers are able to determine which brands are associated with which campaigns.
The two most popular campaigns currently on Buycott are Long Live Palestine Boycott Israel and Avoid Israeli Settlement Products. Between them they have close to 350,000 supporters, over a quarter of which have joined in the last 12 hours (at time of publication).
Included on the list of companies implicated by the Long Live Palestine Boycott Israel campaign are McDonald’s, Intel, Nestle and Marks & Spencer.
“This campaign is about ordinary people around the world using their right to choose what they buy in order to help bring about an end to oppression in Palestine,” the campaign’s page states.
“It’s a peaceful means of putting international pressure on the state of Israel and follows in the footsteps of the successful boycott against the South African apartheid.”
Since the start of the most recent escalation in the conflict between Israel and Palestine last month, both campaigns have seen their number of supporters grow from just a few thousand.
There is currently one pro-Israeli campaign on Buycott. Despite being set up over a year ago, it only has 1,380 supporters.
A similar app from the Boycott, Divestment and Sanctions (BDS) movement is expected to launch later this year.