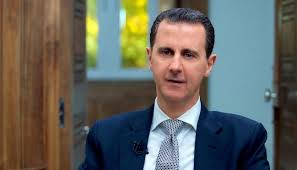 The 2020 budget, approved by Syria’s parliament before being signed off by Assad, sees the country’s deficit rise by 54 percent compared to the current budget, acccording to pro-government newspaper Al-Watan.

The country’s devastating eight-year war has inflicted damage estimated by the United Nations last year at some $400 billion.

The Syrian pound is now worth a fraction of its value at the start of the war in 2011, hitting an official rate of 434 pounds to the dollar – or some 800 pounds on the black market.

The 2020 budget defers until next year the question of the national electricity company’s deficit, estimated by the finance ministry at some $1.6 billion.

Syria’s electricity infrastructure has been battered by the war.

The conflict has slashed production in most sectors and caused massive material damage as well as leaving over 370,000 people dead and millions displaced.

International sanctions on its banking sector and fuel imports have also hit the country hard.