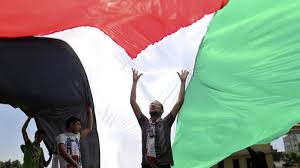 Belgium is the next country likely to make some type of move toward recognizing Palestine, though it is not clear what form that recognition will take.
There are three resolutions by opposition parties regarding the wording of a resolution, but no date has been set in parliament for a debate.
According to reports in the Belgian press on Wednesday, the ruling coalition is trying to formulate its own resolution aimed at conditioning governmental recognition on certain conditions that will enable it to determine the right timing for such a move.
For example, one version of the resolution says the parliament would call on the government to recognize a Palestinian state “at a time when it deems appropriate,” and enumerates the conditions the government needs to take into consideration: the position of the EU and effective control by the Palestinian Authority of all the territory of the “Palestinian state.”
The Belgian move follows Tuesday’s vote in the French parliament in favor of a nonbinding resolution supporting recognition of a Palestinian state. The British and Spanish legislatures and the upper house of the Irish parliament have passed similar resolutions.
The wave of parliamentary measures on this matter began after Sweden’s left-ofcenter government decided in October to be the first major Western European state to recognize “Palestine.” On Tuesday, the government of Prime Minister Stefan Löfven fell, less than three months after coming to office, and elections will take place there on March 22.
Other legislatures expected to take up the measure soon are the European Parliament, due to deal with the issue in mid-December, and the parliaments of Portugal and Denmark.
Israel’s position is that these measures move an agreement with the Palestinians farther away, since they reinforce maximal positions among the Palestinians and give them the feeling that if they just wait long enough, and push hard enough, the international community will deliver them what they want, without having to deal directly with Israel, or to make any concessions.