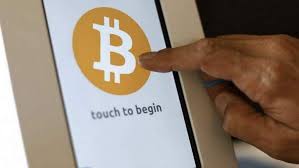 A digital kiosk, or an ATM machine, has been installed to buy Bitcoins in Dubai, the first-of-its-kind project in the emirate. The kiosk has been operational for the last couple of days and residents can buy the digital currency but cannot sell now through the kiosk. The option to sell will be introduced in the next couple of months, said Anhad Dhingra, CEO, Amhora, the company which owns the kiosk.

However, buyers can sell their Bitcoins at any other platform after purchasing from the digital kiosk, which is located in Rixos Premium Dubai JBR. Dhingra said his company, which holds a licence for the kiosk from the Department of Economic Development, will charge five per cent commission on the total purchase.

“The commission is very attractive because you can buy Bitcoins instantly. Otherwise people have to go through a number of procedures which take a lot of time. At this kiosk, you just insert cash and you get Bitcoins instantly. It is possible to purchase Bitcoins through banking platforms and debit cards already but since we accept cash, it is very different. This is the first commercial Bitcoin kiosk in the city,” he said. The kiosk will display live prices of the Bitcoin.

The customers will not need to have any document when buying the digital currency but they will be required to swipe Emirates ID or passport when selling the currency later. There have been prototype projects that were called Bitcoin ATMs but are not functioning this time, he added.