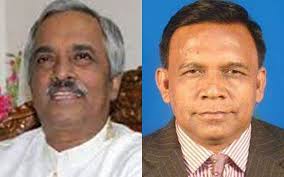 Lawyers backed by BNP and Jamaat-e-Islami have swept the Supreme Court Bar Association elections yet again.
The lawyer’s panel got 10 out of the 14 posts, including those of the president and the general secretary.
BNP Vice-Chairman Zainul Abedin will serve as the president for the straight second term while Joint Secretary General AM Mahbub Uddin Khokon has been elected the association’s secretary for the sixth time.
Candidates of the panel backed by the ruling Awami League won the rest four, including the posts of an assistant secretary and four members.
After two days of voting since Wednesday, the polls sub-committee’s coordinator AY Mashiuzzaman announced the results on Friday.
He said that voter turnout was more than 79 percent.
BNP leader Abedin got 2,369 votes, just 54 votes more than the Awami League Advisory Panel member Yousuf Hossain Humayun.
Mahbubuddin Khokon has won by a margin of 441 votes.