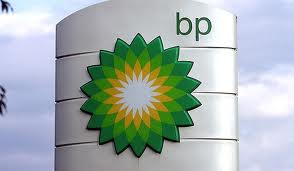 BP plans to invest $1.5 billion this year to increase its production of natural gas in Egypt, hit by an energy crisis following three years of political turmoil, the state news agency MENA said on Sunday.
Egypt is seeking to raise $2.5 billion to cover natural gas imports until the end of December, the head of state-run Egyptian Natural Gas Holding Company (EGAS) Khaled Abdel Badie has previously told Reuters.
BP representatives were not immediately available for comment.
Egypt needs to import liquefied natural gas (LNG) for power generation to make up for shortfalls as domestic gas production declines, a sensitive issue awaiting the new president who is due to be elected in a national vote on May 26-27.
Former army chief Abdel Fattah al-Sisi, who is expected to win the vote, has suggested he will take a cautious approach to Egypt’s energy problems, saying the government cannot get rid of costly subsidies overnight.
Electricity demand is highest in summer, when Egyptians keep air-conditioners running day and night. But the lack of gas has caused blackouts, even in winter this year for the first time in decades.