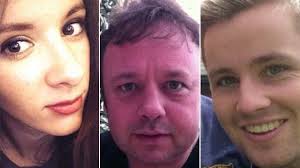 The number of Britons confirmed to have died in an attack on a Tunisian beach hotel has risen to 15 and could rise further, junior Foreign Office Minister Tobias Ellwood said in London on Saturday.
A total of 39 people were killed in Friday’s attack by a gunman on the hotel in the resort of Sousse, according to Tunisian authorities. A German, a Belgian and an Irish national were also among the victims.
Ellwood said it was the “most significant” attack on British people since bombings on the London transport system on July 7, 2005.