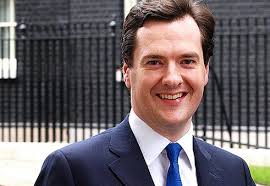 Britain’s finance minister announced plans for a second 2015 government budget to quickly implement his Conservative Party’s campaign promises of spending cuts and savings following a surprise election win.
“On the eighth of July I am going to take the unusual step of having a second budget of the year,” Chancellor George Osborne wrote in The Sun newspaper.
“I don’t want to wait to turn the promises we made in the election into a reality .”
Osborne was re-appointed finance minister following an election last week in which David Cameron won a surprise majority and a second term as prime minister.
The chancellor has said he will strip out £12 billion (16 billion euros, $19 billion) a year from Britain’s welfare bill in a bid to balance the nation’s books by 2020, but has not given full details on where the cuts will fall.
Osborne said it would be a “budget for working people” that would protect the National Health Service, make savings in government administration and improve British productivity.
“We’ll crack down hard on tax avoidance and aggressive tax planning by the rich — because everyone should pay their fair share,” he wrote.
“We’ll spend less on welfare and instead invest to create three million more apprenticeships, so that young people can learn a trade, get better jobs and earn more.”
Osborne last delivered a budget on March 18. Plans for a budget are usually announced in a statement to parliament, which is not yet sitting following the election.