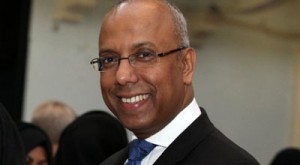 A former mayor has had hundreds of thousands of pounds worth of assets frozen by a High Court judge after being found guilty of corrupt and illegal practices.

Lutfur Rahman – who was the directly-elected mayor of Tower Hamlets in east London – was also ordered to disclose detail of income and expenditure.

Rahman was in April found guilty of wrongdoing by Election Commissioner Richard Mawrey QC after an Election Court trial in London.

Four voters – led by writer and film maker Andy Erlam – had taken legal action against Mr Rahman under the provisions of the Representation Of The People Act.

But lawyers for Mr Erlam today told a High Court judge – at a hearing in London – that nothing had been paid.

Barrister Francis Hoar said Rahman had been shown to be “in substance, dishonest”.

Mr Justice Edis ordered Rahman to disclose income and expenditure going back five years and said assets to the value of £350 000 would be frozen.

He said he would review the case in the near future.

Rahman was not at today’s hearing but was represented by barrister Edward McKiernan. -The Independent