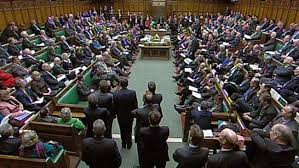 Britain voted on Tuesday to become the first country to allow a “three-parent” IVF technique which doctors say can prevent some inherited incurable diseases but which critics see as a step toward creating designer babies.
Parliament voted overwhelmingly for the technique, called mitochondrial donation, which is also known as “three-parent” in vitro fertilization (IVF) because the babies would have DNA from a mother, a father and from a female donor.
The treatments, which are still at the research stage in laboratories in Britain and the United States, are designed to help families with mitochondrial diseases — incurable conditions passed down the maternal line that affect around one in 6,500 children worldwide.
Proposed new laws allowing the treatments to be carried out in the UK still have to be approved by Britain’s upper house, which commentators expect to endorse parliament’s support.