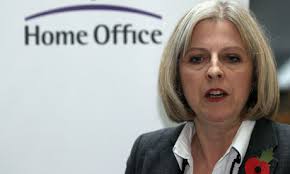 British Prime Minister Theresa May is to meet business chiefs on Monday in a bid to reassure them that the Brexit process is on track, following a bruising week for her leadership.
The plot came after her showpiece speech to the centre-right party’s annual conference on Wednesday — intended to steady her leadership — was plagued by mishaps.
A prankster managed to hand her an unemployment notice, a persistent cough left her almost unable to deliver her speech, while the set behind her started falling down.
Monday’s business meeting at May’s Downing Street office will come as British and European Union negotiators resume talks in Brussels in the hope of a breakthrough in the Brexit negotiations.
“Last month in Florence I set out my vision for a bold and unique new economic partnership with the EU,” May said.
“We are working hard to achieve this and are optimistic about our future as a global, free-trading nation.
“The Business Advisory Council is an important part of our preparations for leaving the EU — allowing us to seek the views of experienced business leaders and to share with them the government’s vision for a successful Brexit.”
May will be joined by finance minister Philip Hammond and Brexit secretary David Davis for the council meeting.
Representatives from firms including Aston Martin, HSBC, Morgan Stanley and Vodafone will be among those attending.
Balfour Beatty, WPP, GSK, Bridgewater, JCB, EY, Whitbread, Nestle and ABF are also due to take part.
Britain’s pound sterling currency tumbled on Friday as the plot cast fresh doubt over May’s future.
May’s Florence speech offered concessions, but pressure remains on the negotiators to make progress and reduce the uncertainty for citizens and businesses in Britain and Europe.
EU leaders are set to decide at a summit on October 19 whether there has been “sufficient progress” on three issues: Britain’s exit bill, the fate of Northern Ireland, and the rights of three million EU citizens living in Britain.
If they fail to agree then, the next chance will not be until a summit in December, with the clock ticking to reach a final deal before Britain formally leaves the bloc on March 29, 2019.
Britain voted to leave the EU in a shock referendum result in June 2016.