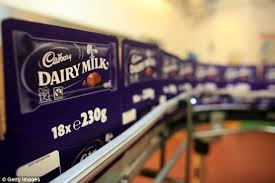 Scores of Malaysian non-governmental organizations have called for boycotting Cadbury chocolate products after DNA tests found pig traces in products by the popular chocolate maker.
“This case is shocking because it happened in a big factory which has pretty good standard operating procedures and a halal certificate. So such things should not happen,” Nadzim Johan, form the Muslim Consumers Association of Malaysia (PPIM), said at a news conference, Rakyat Post reported on Tuesday, May 27.
“We were really cheated, victimized and stressed to learn what we have eaten.”
Controversy started when pig traces were found in two chocolate products following tests conducted by the Health Ministry.
Reacting to the discovery, the Malaysian Islamic Development Department (Jakim) immediately suspended the products’ halal certification, while Cadbury said it would recall them from stores.
Moreover, thirty non-governmental organizations (NGOs) have also urged the public to boycott all products made by Cadbury.
“Consumers should do something. We want to fully believe in the Department of Islamic Development Malaysia (Jakim) and other agencies, but we cannot do that anymore.
“We have to act alone. Today I, together with other NGOs, have come together to do something about this.”
He further urged officials not to give back the halal certificate to the company at any circumstances.
“I urge the public to boycott in earnest, not just half-heartedly.
“This is because we need to send a message about the rights of consumers that cannot be taken for granted. We want this to be addressed seriously by the Health Ministry, Jakim and the Domestic Trade, Cooperatives and Consumerism Ministry.
“Today we have delivered a clear message after compromising for decades,” he said, adding that police reports would follow over the betrayal of consumers’ rights.
The boycotting NGOs included Pertubuhan Martabat Jalinan Muhibbah Malaysia (MJMM), Persatuan Penerbit Al-Quran Malaysia, Pertubuhan Kebajikan Darul Islah Malaysia (Perkid), Ikatan Muslimin Malaysia (Isma) and the Halal Muslim Entrepreneurs’ Association (Puhm).