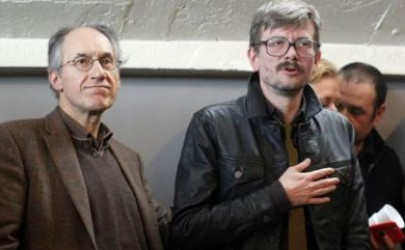 The publication of a new cartoon of the Prophet Mohammad by French satirical magazine Charlie Hebdo on Wednesday has drawn criticism from several Muslim countries and Islamic bodies, but support from the U.S. and Australia.
The new issue of Charlie Hebdo follows an attack by gunmen last week at the magazine’s office in Paris which killed 12 people, including five cartoonists.
In defiance of the militants who killed its staff, Charlie Hebdo’s new edition has a cartoon of a tearful depiction of the Prophet on its front page holding a sign saying “Je suis Charlie” (“I am Charlie”). Many Muslims consider any depictions of Prophet Mohammad to be blasphemous.