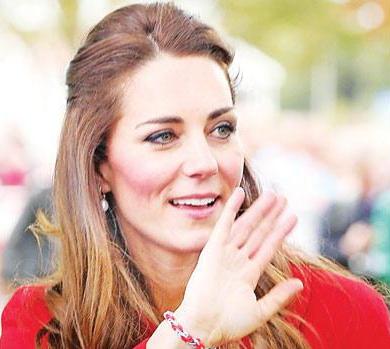 Kate, the wife of Prince William, gave birth to a baby son on Monday, the couple’s third child who is fifth in line to the British throne.
The boy, weighing eight pounds and seven ounces (3.8 kilogrammes), was born at 11:01am (1001 GMT), Kensington Palace announced.
Mother and baby are both doing well, the palace said, and William, the Duke of Cambridge, was present for the birth.
The baby is the couple’s third child, after Prince George and Princess Charlotte.
Queen Elizabeth II, William’s father Prince Charles, and his brother Prince Harry were said to be delighted with the news.
“Her Royal Highness The Duchess of Cambridge was safely delivered of a son at 11:01 hours,” the palace announced in its brief statement.
Kate, 36, was admitted early Monday to the private Lindo Wing of St. Mary’s Hospital in central London, where four-year-old George, and Charlotte, aged two, were born.