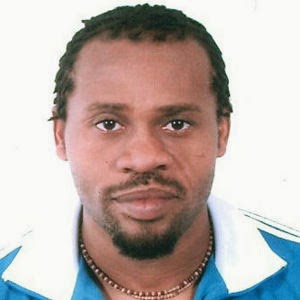 46 year old retired Nigerian football defender and midfielder, also a current coach Emeka Ezeugo has announced that he’s embraced Islam after being inspired by the life of Prophet Mohammad (peace be upon him).
Emeka went to a Muslim cleric last week along with Mohammedan manager Amirul Islam, his former team-mate Kaiser Hamid, Zaker party leader Amir Faisal and club official Abu Hasan Prince to convert to Islam.
The former footballer, who represented Nigeria in the 1994 World Cup after playing for Mohammedan Sporting Club for nearly a decade, said he feels honoured to be a follower of the great prophet who he thinks is the greatest among all messengers of God.
Talking to reporters on Monday, I am always a curious person and studied different religions when I found the life of Prophet Mohammad (peace be upon him) very inspiring,’
Emeka, who now has taken a new name Mustafa Mohammed, claimed that his family has accepted his decision, though they all are members of Roman Catholic Church.
‘I am a grown up man brother. I am free to make my own decisions. None of my family members protested the decision.
Emeka, however, said that the large number of friends he made in Bangladesh is like his family and they gave him good support in making the decision.‘
Bangladesh is my second home and I have some friends here who are like my brothers. They helped me in making the decision,’ Emeka said.
Emeka said he could not express his feeling about becoming a Muslim and felt like a Bangladeshi and it became stronger after converting to Islam.
His life has become more disciplined as he has to offer prayers more now and follow some other rituals of the religion.
I have just planted a seed and now I have to nourish it into a tree. I know that I will discover many good sides of this decision with time but at this moment I can say the religion has made my life more disciplined,’ said Emeka.
He added that he will apply for a new passport with his new name once he returns to his home in Nigeria.