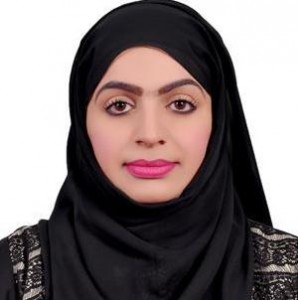 Etihad Airways, the national airline of the UAE, has appointed Fatima Al-Kharousi as the first Emirati female airport manager.
Based in Nagoya, Japan, she will be responsible for overseeing the airline’s operations at Chubu Centrair International Airport and the smooth operation of its daily service between Abu Dhabi and Nagoya.
Fatima joined Etihad Airways in 2009 as part of the graduate management program, a structured 18-month training initiative that develops talented Emiratis who are selected and trained in all aspects of airline operations.
After successfully completing the program, Fatima spent two years building up her experience of airport operations and was posted as airport duty manager to a number of outstations across the airline’s fast growing global network, including London, Manchester, and Singapore.
Fatima was then appointed as assistant airport manager in Australia where she was responsible for overseeing the smooth operations at Sydney International Airport.
Chris Youlten, Etihad Airways’ SVP, airport operations, said: “Fatima has demonstrated a strong understanding of airport operations and has a track record of performing consistently and to the highest standards. We are confident that she is the ideal candidate to lead our operations.”
As part of developing the UAE national work force and offering them the opportunity to gain international working experience, Etihad Airways recently deployed more than 190 UAE nationals to various positions at the airline’s offices and airport destinations across the Middle East, Europe, Asia, Australia and the Americas.
Commenting on her appointment, Fatima said:” I am excited to take on this new and challenging role to act as the focal point for all Etihad Airways’ operations in Nagoya.”
Ray Gammell, chief people and performance officer, said: “As the national airline of the UAE, we are committed to growing and developing a highly qualified cadre of UAE nationals — both female and male.”