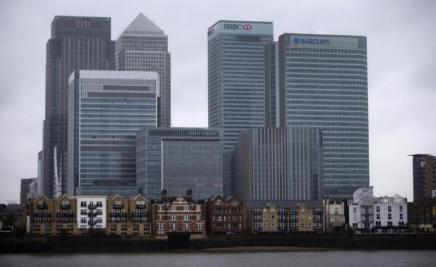 EU regulators urged banks, investors and customers on Thursday to take “timely action” to avoid disruption to cross-border derivatives and insurance contracts caused by Brexit.
Britain leaves the EU in March 2019 and a “standstill” transition deal until the end of 2020 agreed last month won’t be formally ratified until October or later.
“Contingency planning should consider timely responses to all potential challenges, such as contract continuity and possible relocations,” said a joint report from the EU’s banking, insurance and markets regulators on risks to the financial system.
In the short term, Brexit may affect the access of EU households and companies to financial services provided in Britain and may affect market confidence, it added.
British regulators have said that last month’s transition deal means that EU banks with branches in London don’t have to rush to apply for new UK licenses by March next year.
The BoE wants EU regulators to reciprocate regarding British lenders with customers in the EU, to avoid hasty relocations that could damage the City.
Thursday’s report said banks, insurers, asset managers and market infrastructure firms in Britain should instead press ahead with applying for licenses before next March to avoid their customers being cut off from services like clearing.
“By the time legal certainty on a potential transition period may be attained, financial institutions would not have sufficient time to take necessary measures,” the report said.
Relatively few firms have begun relocating staff and operations to the EU, but “increased relocation activity” can be expected nearer to next March, it said.
The Bank of England has said that financial firms on their own can’t tackle contract continuity involving millions of customers in time, but the EU report appears to put the onus on private sector action.
“Financial institutions are responsible for ensuring that they are able to fulfil their contractual obligations under all circumstances, not least with respect to derivatives, liquidity provision, and swap contracts EU 27 parties have entered into,” it said.
Insurance undertakings are also “advised to have in place contingency plans considering all the eventualities,” it said.
The report noted that derivatives exposures of EU banks to Britain fell from about €800 billion in June 2016, when Britain voted to leave the EU, to about €500 billion by September last year.
Some of the drop is caused by the pound’s decline in value against the euro.
The overall investment exposure of insurers from the European Economic Area to Britain is just 2.13 percent, but some insurance companies may be more substantially exposed, the report said.