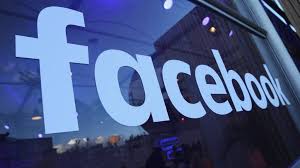 Facebook on Thursday said that it would be extending a raft of measures to allow its users to identify the source of political adverts that appear in their feed to Britain next year.
Schroepfer admitted that Facebook had been “slow” in realising how its data was being used following revelations that British communications firm Cambridge Analytica mined information on around 90 million users.
“We didn’t understand the threat,” he said.
“I can’t fix that back then, but I can devote my time and energy to two things: one is, with the specific acts, we build every defence we can, and then two, we do a deeper more rigorous forward looking… proactive defence.”
Under new plans to be implemented in Britain next year, those seeking to run political adverts will need to be authorised and ads that are political will be required to be labelled as such, along with details of who funded them.
Any ad labelled political will be available for seven years in Facebook’s archive, which will allow users to search the amount spent on the ad and the number of views it received.
The changes were introduced in the US earlier this month.
Schroepfer admitted that Facebook had not read the terms and conditions of the app, developed by academic Aleksandr Kogan’s research firm Global Science Research (GSR), used to harvest its data.
Conservative MP Julian Knight slammed the social media giant, accusing it of being “a morality-free zone.”
Schroepfer replied that he would “respectfully disagree with that assessment.”
Facebook boss Mark Zuckerberg previously blamed Kogan for the data breach, telling US lawmakers that he had broken the rules by selling the data to CA.
Kogan, who teaches at Cambridge University, told the committee on Tuesday that he did not sell data, and said the US social media giant was scapegoating him as it was in “PR crisis mode”.