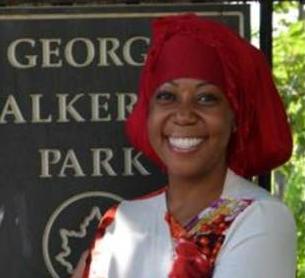 Amidst Donald Trump’s rabid vitriol that all Muslims should be banned from entering the United States, there was hope: a Black Muslim woman took oath as a judge in Brooklyn, swearing on the Quran.
Carolyn Walker-Diallo was sworn in as a civil judge for the 7th Municipal District at the Brooklyn Burough Hall, New York, after being elected last month.
Walker-Diallo began her legal career as a litigation associate at Milbank, Tweed, Hadley and McCloy LLP, according to her website.
She says she saw her parents play a proactive role in the East New York and Cypress Hills communities. Walker-Diallo walked the family’s path of “being the change we want to see in the world” when she assumed charge of a community-based non-profit, named after her father, The George Walker Jr Community Coalition, Inc.
She combined her passion for the law and for the community by creating the East New York Youth Court, which trains youth aged 13-18 to serve as judges, attorneys, clerks, bailiffs and jurors in real cases involving their peers.
The first Muslim woman judge in the United States is Sheila Abdus-Salaam, an African-American who still sits on the New York State Supreme Court. She was first appointed to the bench in 1992.
Another Arab-American, Charlene Mekled Elder, was appointed to the 3rd Circuit Court of Wayne County in Michigan in 2006.
A few years ago, the state of California and New Jersey also appointed their first Muslim judges.
California appointed Halim Dhanidina, whose parents emigrated from Tanzania to the United States in the mid-1960s. He was born and raised in Chicago, Illinois.
New Jersey appointed Sohail Mohammad, as its first Muslim Superior Court judge.