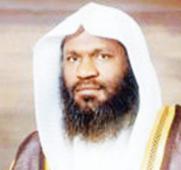 A former imam of the Grand Mosque in Makkah was stopped from traveling to Britain as he boarded his plane in Riyadh bound for London on Wednesday.
Sheikh Adel Al-Kalbani had performed the noon and afternoon prayers together just before the boarding announcement at King Khaled International Airport’s departure terminal.
“I was stopped at the door of the plane and told that the authorities received a message from the British Embassy saying that I was not allowed to enter Britain,” Al-Kalbani told Arab News.
He had planned to visit the British Muslim community.
He said he received his visa before the Haj season (in October) from the British Embassy in Saudi Arabia, within two weeks of submitting his application.
The British Embassy did not explain why he was refused entry.
“I don’t really know why they denied me entry. I was in Britain about four years ago and other countries,” he said.
Alkalbani said he visited the US in the mid-1990s.
He said the British Muslim community had arranged a series of events where he could speak and meet people in various UK cities, including London.
“I was told that other Muslim scholars have also been denied entry and had their visas canceled. My gut feeling is that they don’t want to see me interacting with the Muslim community there,” he told Arab News.
When asked if he would re-apply for a UK visa or seek clarification from the British Embassy, he said: “No. Alhamdullilah, He has chosen the best for me.”