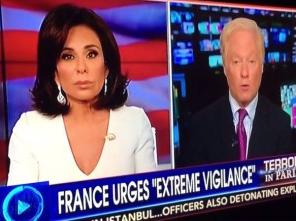 A self-proclaimed terrorism expert who told Fox News that Birmingham was a “totally Muslim” city where “non-Muslims just simply don’t go” has been forced to apologise.
The comments sparked a tidal wave of online mockery using the Twitter hashtag #foxnewsfacts, which was still trending on Monday morning.
Steven Emerson said: “And in Britain it’s not just no-go zones there are actual cities like Birmingham that are totally Muslim where non-Muslims simply don’t go in.
“In parts of London there are actually Muslim religious police that actually beat and actually wound seriously anyone who doesn’t dress according to religious Muslim attire.”
Emerson has now issued an apology for his “terrible error” and offered to make a donation to Birmingham Children’s Hospital.
He founded a group called The Investigative Project on Terrorism and has been called to testify to at least one Congressional committee.
“I have clearly made a terrible error for which I am deeply sorry. My comments about Birmingham were totally in error.”
He said he would be issuing an apology on his website for “this comment about the beautiful city of Birmingham”.
“I do not intend to justify or mitigate my mistake by stating that I had relied on other sources because I should have been much more careful,” he added.
“There was no excuse for making this mistake and I owe an apology to every resident of Birmingham.”
Meanwhile, Jeanine Pirro, the host of the Judge Pirro show, replied: “You know what it sounds like to me, Steve? It sounds like a caliphate within a particular country.”