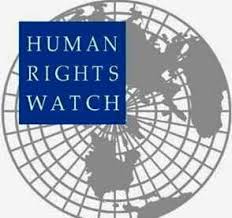 Free speech in Bangladesh is under attack as never before, held hostage between angry, machete-wielding radicals on one hand and a government, quick to take offence, on the other.
New York-based Human Rights (HRW) has asked Bangladesh to change course, adopt international standards, and uphold constitutional freedoms.
In an article titled “Dispatches: Bangladesh’s Machete Attacks on Free Speech” published on 18 August, Meenakshi Ganguly touched on the recent killings of bloggers, arrest of journalists and also the ‘shocking’ statements by the police.
Four bloggers have been murdered this year by religious extremists for promoting secularism, a principle which these groups consider to be anti-Islam.
Following the killing of blogger Niloy Neel earlier this month, Ansar Al Islam, an insurgent group linked to Al-Qaeda, claimed responsibility, saying they had the “permission of Allah” and warning of further attacks, wrote the author.
“While police were aware of threats to Niloy Neel and the other slain bloggers, they failed to properly protect them,” the article read.
It said that a reasonable government would have swiftly condemned these murders, and tried to hunt down the attackers.
Instead, it regretted, the police’s first instinct was to urge self-censorship, with Bangladesh’s inspector general of police, AKM Shahidul Hoque, warning that-may-hurt-religious-sensitivities that “hurting religious sentiments is a crime.”
“It took more than a week for police to arrest three suspects in Niloy Neel’s murder, despite the alleged perpetrators’ identities being known to the police,” said the HRW article.
It pointed out that the police chief’s comments were shocking, but not surprising, because Bangladeshi authorities are increasingly cracking down on freedom of expression. It also referred to the arrest of journalist Probir Sikder this week.
Last week, the article added, a Bangladesh court sentenced IT lecturer Muhammad Ruhul Amin Khandaker in absentia to three years in prison for a 2011 Facebook post on the death of an acclaimed Bangladeshi filmmaker in a road accident, blaming politicians for not ensuring road safety and wondering how the prime minister was spared such mishaps.
The article added, just two weeks ago the police issued a statement criticising two prominent human rights groups for reporting on extrajudicial executions and other abuses by security forces, saying any activity that harms the police reputation amounts to defamation, and can be considered subversive.
Calling on the authorities to follow national and international standards for human rights and freedom of expression, the HRW emphasised the need for doing it “fast”, because as long as authorities continue to crush free speech, those who speak out risk losing their lives.