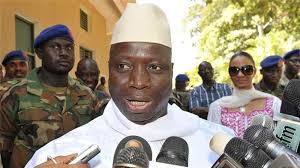 Gambia’s president has declared the West African country an Islamic republic saying the decision was made because Islam is the religion of most citizens and the nation must break away from its colonial past.
President Yahya Jammeh made the declaration at the end of a political rally held on Friday at the coastal village Brufut, about 15km west of the capital Banjul.
“In line with the country’s religious identity and values, I proclaim Gambia as an Islamic state,” the Gambian leader said.
About 90 percent of Gambia’s 1.8 million people are Muslim. The country gained independence from Britain in 1965.
“Gambia cannot afford to continue the colonial legacy,” Jammeh said.
In an attempt to allay the fears of religious minorities, Jammeh said the rights of Gambia’s Christian community – who make up about eight percent of the country’s population – will be protected.
Jammeh said there will be no mandates on dress. “We will be an Islamic state that would respect the rights of all citizens and non-citizens.”
The head of the country’s Islamic body would not say if he endorsed the declaration.
“We haven’t met yet to discuss over the presidential announcement,” said Supreme Islamic Council chairman Imam Momodou Lamin Touray.
Hamat Bah, of the opposition National Reconciliation Party, criticised the decision. “There is a constitutional clause that says that Gambia is a secular state,” he said. “You cannot make such a declaration without going through a referendum.”
Jammeh’s government has been regularly criticised by Britain and other Western powers for human rights abuses. Jammeh has ruled Gambia since seizing power in 1994.
Jeffrey Smith, a senior advocacy officer at the Robert F Kennedy Center for Justice and Human Rights, told Al Jazeera that Jammeh’s “unilateral” decision to call Gambia an Islamic republic is part of a “larger pattern of capriciousness” and has ulterior political motives.
“Gambia is not a country of laws but is rather ruled by the whims of Yahya Jammeh,” Smith said.
“Second, Jammeh has burned all bridges with his former donors in the West due to his deplorable human rights track record and the rampant corruption that he has participated in.
“As such, he is desperately attempting to foster a closer and more lucrative relationship with the Arab world. By couching his decision in terms of ‘fighting colonialism’, we can see that he is trying to cozy up with other parts of the world that harbour anti-West sentiments,” he said.
Jammeh’s announcement came after Gambia said on Wednesday it would take in Rohingya refugees as part of its “sacred duty” to alleviate the suffering of fellow Muslims fleeing Southeast Asia to escape oppression.
The government of the West African nation appealed to countries of the region to send Rohingya refugees to its shores, where it said it would set them up in refugee camps.
“The government of Gambia notes with grave concern the inhumane condition of the Rohingya people of Myanmar – especially those referred to as ‘boat people’ – currently drifting in the seas off the coast of Malaysia and Indonesia,” it said in a statement.
“As human beings – more so fellow Muslims – it is a sacred duty to help alleviate the untold hardships and sufferings fellow human beings are confronted with.” –Al Jazeera and agencies