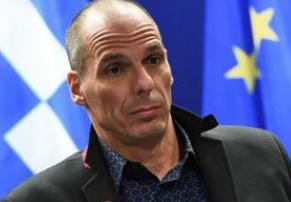 Greece’s Finance Minister Yanis Varoufakis on Monday said he was resigning, in a shock announcement despite the government having secured a resounding victory for the ‘No’ vote in the country’s referendum on bailout conditions.
“Soon after the announcement of the referendum results, I was made aware of a certain preference by some Eurogroup participants, and assorted ‘partners’, for my… ‘absence’ from its meetings,” Varoufakis, who had often clashed with creditors in negotiations over the past months, said on his blog after announcing the news on Twitter.
It was “an idea that the Prime Minister judged to be potentially helpful to him in reaching an agreement. For this reason I am leaving the Ministry of Finance today,” he said.
He warned that the referendum result — which saw over 60 percent of Greeks vote to reject the austerity measures demanded by its international creditors — “comes with a large price tag attached… like all struggles for democratic rights”.
“The great capital bestowed upon our government” must be “invested immediately into a YES to a proper resolution,” he said, calling for a deal that involves “debt restructuring, less austerity, redistribution in favor of the needy, and real reforms.”
Outspoken and flamboyant Varoufakis, who has sent tremors through the Eurogroup since his appointment in January with his refusal to bow to convention, said: “I shall wear the creditors’ loathing with pride”.