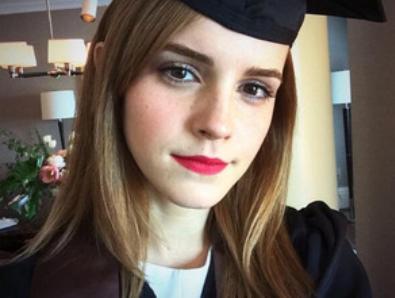 Emma Watson, best known for her role as Hermione Granger in the popular Harry Potter movies, has graduated from a U.S. university with a degree in English literature.
Watson, 24, was among 2,000 graduates receiving degrees Sunday from Brown University, Rhode Island.
Marking the special occasion, Watson tweeted a photo of herself in cap and gown.
According to the UK Mirror newspaper, Watson took a pause from acting after the last Harry Potter film further her education.
She started at Brown in 2009, according to the Associated Press, the same year she was named the highest-grossing actress of the decade by the Guinness Book of World Records.
Watson had a busy film career during her time as a student, releasing both parts of Harry Potter and the Deathly Hallows, The Perks of Being a Wallflower, This is the End, and the recent Biblical epic Noah.