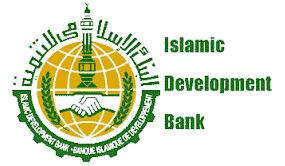 The Islamic Development Bank (IDB) has signed agreements worth $804 million with seven countries in Africa and Latin America in order to help boost their economies.
The agreements, which came on the sidelines of the annual meetings of the World Bank Group and the International Monetary Fund in Washington, cover several infrastructure projects in the areas of energy, housing, agriculture and water supply.
The agreements were signed by Bandar Hajjar, the chairman of IDB Group, and the finance ministers of Burkina Faso, Ivory Coast, Senegal, Mali, Guinea, Tunisia and Suriname during a ceremony organized by the IDB in honor of members of the board of governors in Washington.
“These projects will help address the development challenges facing our member countries, and will contribute significantly to job creation and create a favorable environment for public and private sector growth,” said Hajjar.
He stressed that the IDB believes that any citizen of the member states must have decent living conditions and that “the bank looks forward to further constructive partnership with member states in order to build a prosperous future for the peoples of these countries.”
Projects covered in the agreements include the Cocody Bay and $265 million in vocational training projects in Ivory Coast. They also include the Sirakoro power plant in Mali, with a value of $166 million, and the $138 million Promoville housing project in Senegal.
Other funded projects were a $16 million rural water supply project in Guinea, a $104 million power plant project in Burkina Faso, an $80 million subsidization of the Tunisian agricultural sector, and a $35 million affordable-housing project in Suriname.