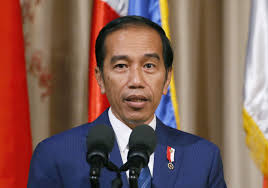 Indonesian President Joko Widodo is in Bangladesh on a two-day visit to discuss bilateral issues and visit sprawling refugee camps for hundreds of thousands of Rohingya Muslims who have fled Myanmar.
Widodo arrived Saturday and is expected to fly Sunday to Cox’s Bazar, the main town near where the camps are located.
Widodo’s visit is focused on bilateral cooperation but the Rohingya issue is expected to draw the most attention.
Nearly 700,000 Rohingya have fled Myanmar since August, after Myanmar security forces began “clearance operations” in the wake of attacks by Rohingya insurgents on police posts. The U.N. has described the campaign as ethnic cleansing.
Bangladesh and Myanmar have signed a deal to repatriate the Rohingya, though international agencies say few are likely to return voluntarily due to safety concerns.