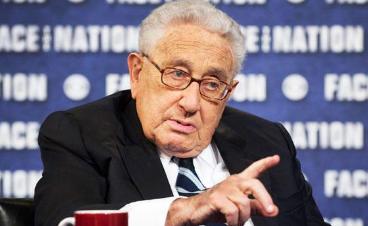 Former US Secretary of State Henry Kissinger has said that Iran “is a bigger problem than Islamic State,” in an interview with Washington-based National Public Radio, reported alarabiya.net
“There has come into being a kind of a Shiite belt from Tehran through Baghdad to Beirut,” said the veteran former diplomat, 91, who served under disgraced President Richard Nixon in the 1970s. “And this gives Iran the opportunity to reconstruct the ancient Persian Empire … in the rebuilding of the Middle East.”
He added: “IS … has to conquer more and more territory before they can became a strategic, permanent reality. I think a conflict with IS — important as it is — is more manageable than a confrontation with Iran.”