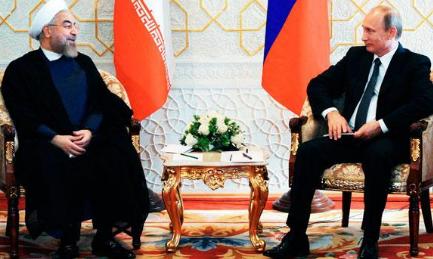 Iran said Monday it rejected a US request for its cooperation against the Islamic State as part of an international coalition whose true aim Tehran sees as regime change in Syria.
Seen from Tehran, which has helped both Damascus and Baghdad to confront IS advances, the coalition lacks credibility because some of its members had financed and armed the group as part of their campaign to bring down Syrian President Bashar Assad.
“Right from the start, the United States asked through its ambassador in Iraq whether we could cooperate against Daesh,” Iran’s supreme leader Ali Khamenei said in a statement on his official website, using the Arabic acronym for IS.
“I said no, because they have dirty hands,” said Khamenei, who has the final say on all matters of state in the Islamic Republic.
“Secretary of State (Kerry) personally asked (Iranian counterpart) Mohammad Javad Zarif and he rejected the request,” said Khamenei, who was leaving hospital after what doctors said was successful prostate surgery. He accused Washington of seeking a “pretext to do in Iraq and Syria what it already does in Pakistan — bomb anywhere without authorization.” At the end of a Paris conference on coordinating the fight against IS, to which Iran and Syria were not invited, the United States said Monday it was opposed to military cooperation with Iran in Iraq but was open to further talks.
“We are not and will not coordinate militarily… There may be another opportunity on the margins in the future to discuss Iraq,” US State Department spokeswoman Jen Psaki told reporters shortly after Khamenei’s statement.
For Khamenei, “the Americans are lying when they say they refused to have Iran in the alliance because from the very start we declared our opposition to such a presence.”
Khamenei predicted the US-led coalition against IS would prove as ineffective as the so-called “Friends of Syria” international conferences held as a show of solidarity with anti-Assad rebels.
“The alliance against Syria… didn’t manage to do anything, and it will be the same thing in Iraq,” said Iran’s leader.
In Paris, the world’s top diplomats pledged to support Iraq in its fight against IS militants by “any means necessary,” including “appropriate military assistance.”
Representatives from around 30 countries and international organizations, including the United States, Russia and China, took part.