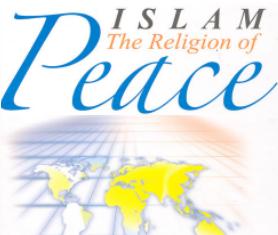 The Holy Qur’an say: “God does not forbid you from showing kindness and dealing justly with those who have not fought you about religion and have not driven you out of your homes. God loves just dealers.” (Qur’an 60:8)
The Prophet Muhammad (may the mercy and blessings of Allah be upon him) used to prohibit soldiers from killing women and children and he would advise them: “…Do not betray, do not be excessive, do not kill a newborn child.” He also said: “Whoever has killed a person having a treaty with the Muslims shall not smell the fragrance of Paradise, though its fragrance is found for a span of forty years.”
Also, the Prophet Muhammad has forbidden punishing anybody with fire.
He once listed murder as the second of the major sins and he even warned that on the Day of Judgment, “The first cases to be adjudicated between people on the Day of Judgment will be those of bloodshed.
Muslims are even encouraged to be kind to animals and are forbidden to hurt them. Once the Prophet Muhammad said: “A woman was punished because she imprisoned a cat until it died. On account of this, she was doomed to Hell. While she imprisoned it, she did not give the cat food or drink, nor did she free it to eat the insects of the earth.”
He also said that a man gave a very thirsty dog a drink, so God forgave his sins for this action. The Prophet (may the mercy and blessings of God be upon him) was asked, “Messenger of God, are we rewarded for kindness toward animals?” He said: “There is a reward for kindness to every living animal or human.”
Additionally, while taking the life of an animal for food, Muslims are commanded to do so in a manner that causes the least amount of fright and suffering possible. The Prophet Muhammad said: “When you slaughter an animal, do so in the best way. One should sharpen his knife to reduce the suffering of the animal.”
In light of these and other Islamic texts, the act of inciting terror in the hearts of defenseless civilians, the wholesale destruction of buildings and properties, the bombing and maiming of innocent men, women, and children are all forbidden and detestable acts according to Islam and the Muslims. Muslims follow a religion of peace, mercy, and forgiveness, and the vast majority have nothing to do with the violent events some have associated with Muslims.
If an individual Muslim were to commit an act of terrorism, this person would be guilty of violating the laws of Islam.
It is a common misconception with some non-Muslims that Islam would not have millions of adherents all over the world, if it had not been spread by the use of force.
The following points will make it clear, that far from being spread by the sword, it was the inherent force of truth, reason and logic that was responsible for the rapid spread of Islam.
Islam has always given respect and freedom of religion to all faiths. Freedom of religion is ordained in the Qur’an itself:
“There shall be no compulsion in (acceptance of) the religion. The right course has become clear from the wrong.” (Qur’an 2:256)
The noted historian De Lacy O’Leary wrote: “History makes it clear however, that the legend of fanatical Muslims sweeping through the world and forcing Islam at the point of the sword upon conquered races is one of the most fantastically absurd myths that historians have ever repeated.”
If Islam was spread by the sword, it was the sword of intellect and convincing arguments. It is this sword that conquers the hearts and minds of people. The Qur’an says in this connection:
“Invite to the way of your Lord with wisdom and good instruction, and argue with them in a way that is best.” (Qur’an 16:125)
The facts speak for themselves
Indonesia is the country that has the largest number of Muslims in the world, and the majority of people in Malaysia are Muslims. But, no Muslim army ever went to Indonesia or Malaysia. It is an established historical fact that Indonesia entered Islam not due to war, but because of its moral message.
The same can be said for those in the regions of Syria and Jordan, Egypt, Iraq, North Africa, Asia, the Balkans and in Spain. This shows that the effect of Islam on the population was one of moral conviction, in contrast to occupation by western colonialists, finally compelled to leave lands whose peoples held only memories of affliction, sorrow, subjugation and oppression.
Muslims ruled Spain (Andalusia) for about 800 years. During this period the Christians and Jews enjoyed freedom to practice their respective religions, and this is a documented historical fact.
Muslims ruled India for about a thousand years, and therefore had the power to force each and every non-Muslim of India to convert to Islam, but they did not, and thus more than 80% of the Indian population remains non-Muslim.
Today the fastest growing religion in America and Europe is Islam. The Muslims in these lands are a minority. The only sword they have in their possession is the sword of truth. It is this sword that is converting thousands to Islam.
The Prophet had a document drawn up in which he stipulated that Jews and Christians “shall be protected from all insults and harm; they shall have an equal right with our own people to our assistance and good offices,” and further, “they shall practice their religion as freely as the Muslims.”