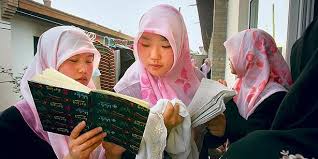 Islam is the world’s fastest-growing religion, according to a recent Pew Research Center study widely reported in this week.
The study estimates that from 2010 to 2050, Muslims will increase across the world by 73 percent while Christians are set to increase by 35 percent.
According to the projections, Islam is set to surpass Christianity as the world’s biggest religion by 2070.
This is because the Muslim population is growing faster than any other religious group, the report says.
Muslim women tend to have more children than members of other religious groups, the report said. Globally, each Muslim woman has an average of 3.1 children, compared with 2.3 for other religions combined, according to the research.
Islam also has the youngest set of adherents – in 2010, the median age was 23.
This means that a larger proportion of Muslims are nearing child-bearing age which is likely to fuel Muslim population growth.