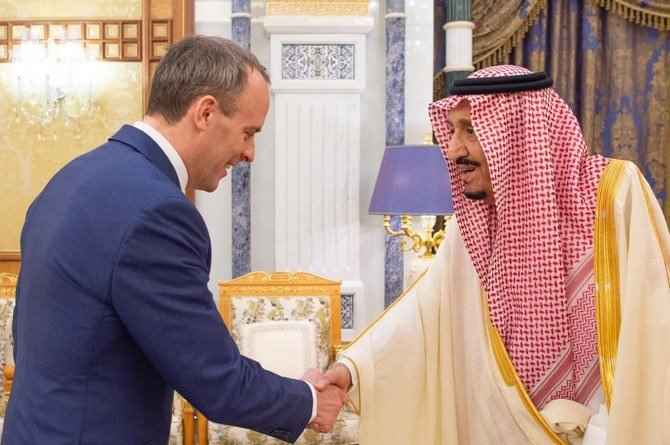 Discussed with @DominicRaab our strategic partnership and ways to strengthen our bilateral ties, in addition to challenges in the region and issues of mutual interest. pic.twitter.com/8aAiTEg5mJ