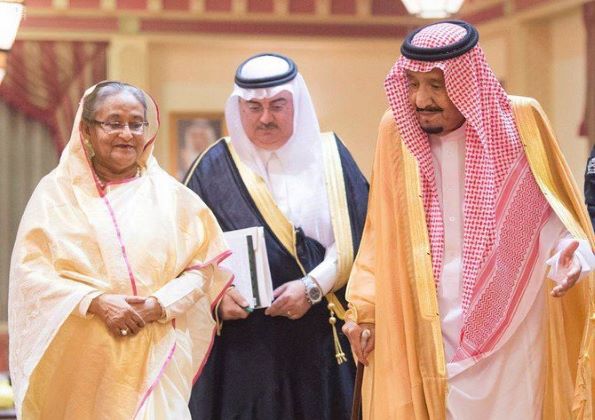 King Salman also shook hands with Hasina’s accompanying delegation. The king then hosted a luncheon in honor of the Bangladesh PM and her delegation.

During the meeting they discussed bilateral ties between both countries and chances of development, in addition to dicussing issues of mutual interest.