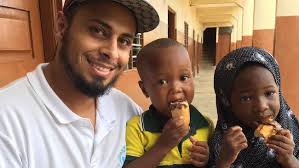 Ali Banat was a wealthy businessman from Australia who was diagnosed with cancer and given just seven months to live. This news changed his outlook on life and he spent his last years dedicated to the service of others. He appeared in a video produced by One Path Network where he described his cancer as a ‘gift’. His story touched millions of people around the world. Ali passed away on 29th May 2018 in the blessed month of Ramadan. May Allah have mercy on him.
Here are 5 lessons we can learn from Ali’s life:
1. Be grateful to Allah
Ali said he was grateful to Allah for giving him cancer. This may sound like a strange thing to say but he felt that this allowed him to appreciate all the blessings in his life which he may have taken for granted. He said it opened his eyes to the smallest of blessings like breathing fresh air.
Let’s all actively try to be grateful for all that Allah has given us and use those blessings in doing good deeds, and not misuse them in doing bad deeds.
Allah says in Surah Ibrahim, Verse 7, “Remember that He promised, “If you are thankful, I will give you more, but if you are thankless, My punishment is terrible indeed.”
2. Change now
Ali changed his life around after learning he has cancer. Let us not wait for something like that to happen in our lives before we change for the better. Let us make a change now.
3. Have a positive outlook
After being diagnosed with cancer, Ali could have given up and let fate take its course. However, he decided to stay positive and started a charity to help people in Africa. He continued to remain positive even as his health continued to deteriorate.
Whenever we go through difficulties in life, let’s all try to follow Ali’s example and try to remain positive and patient. Positivity can help us deal with hardships and pain.
4. Live life in the service of others and prepare your legacy
Ali lived the last years of his life in the service of others. He built a masjid in Africa and set out to established a school for hundreds of orphans as well as other projects through his charity Muslims Around the World.
All the charity work Ali did will be a means of Sadaqah Jariyah (continuous charity) for him which means he will continue to be rewarded as long as people continue to benefit from the projects.
Ali has left a legacy in the world and we must ask ourselves, what legacy will we leave after we pass away? How will we be remembered? How many hearts will we have touched?
We shouldn’t do anything in order to be praised by people but if we are sincere, Allah will cause the hearts of the people to love us and remember even after we pass away. 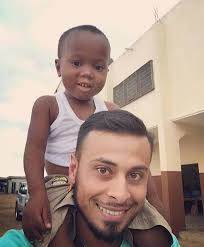 Anas (may Allah be pleased with him) reported: Some Companions happened to pass by a funeral procession (bier) and they praised him (the deceased). The Prophet ﷺ said, “He will certainly enter it.” Then they passed by another funeral procession and they spoke ill of the deceased. The Prophet ﷺ said, “He will certainly enter it.” ‘Umar bin Al-Khattab may Allah be pleased with him) said: “(O Messenger of Allah,) what do you mean by ‘He will certainly enter it?” He ﷺ replied, “You praised the first person, so he will enter Jannah; and you spoke ill of the second person, so he will enter Hell. You are Allah’s witnesses on earth.” [Bukhari & Muslim] We don’t have to change the world or establish huge charitable organisations. Even if we touch the life of one person that is a good legacy too. If we have children and we are able to ensure they become good Muslims who are a benefit to society, then that is also a good legacy to leave behind.
5. Know that life is temporary
After being given just seven months to live, Ali no longer had any interests in the supercars he owned and he wanted to give away all of his worldly possessions such as his expensive watches and designer clothes so that he could start preparing for the akhirah (next life).
Although there is nothing wrong with having such things, Ali realized that they would not benefit him in the akhirah and he wanted to prepare for the next life by donating what he owned to charity.
Allah says in Surah Al Baqrah, verse 110: “And establish prayer and give zakah, and whatever good you put forward for yourselves – you will find it with Allah. Indeed, Allah of what you do, is Seeing.”
I will conclude with some words from Ali Banat,
“It all started when I went to the cemetery when a brother that had cancer passed away. And I was at the cemetery and I was just thinking to myself – after you go, there’s nothing. There’s no one there for you. No mother, no father, no brother no sister, except for your deeds. Even your money is not going to be there for you. So the only thing that is gonna be there for you is charity. And that’s the only thing that’s going to help you gradually through your time in the grave until you get to your ultimate destination”.