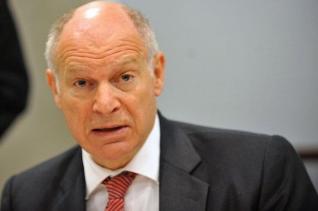 Judges in the United Kingdom should allow Muslim women to appear in their courts wearing a full-veil, Britain’s top judge said Friday.
During a lecture about making courts less intimidating, David Neuberger, the President of the Supreme Court, said it was crucial that courts and judges “show, and be seen to show” respect towards different customs.
This would include understanding “the different cultural and social habits” of those appearing as witnesses, defendants, or jurors, he said in an address to the Criminal Justice Alliance, The Telegraph reported.
The judge raised the issue as a shortcoming on behalf of lawyers and judges who have failed to see how “artificial and intimidating” a court room can be for those outside the field.
“I sometimes wonder whether our trial procedures really are the best way of getting at the truth,” he added.
“It is necessary to have some understanding as to how people from different cultural, social, religious or other backgrounds think and behave and how they expect others to behave,” Neuberger said.
“Well known examples include how some religions consider it inappropriate to take the oath, how some people consider it rude to look other people in the eye, how some women find it inappropriate to appear in public with their face uncovered…” he continued.
Muslim associations in Britain welcomed the statement.
“Lord Neuberger’s eminently sensible statement also upholds our best British traditions of accommodation and fair play,” Shuja Shafi, Secretary General of the Muslim Council of Britain, said.
“A judge who respects and is attuned to the sensitivities of those in the court room should hopefully expect better results. In the case of the minority of those people who do cover their face for religious, cultural or any other reason, they should be allowed to do so unless the situation demands otherwise.”
Suleman Nagdi, of the Federation of Muslim Organizations, described Neuberger’s remarks as “heart-warming and really welcome.”
“This is what our great British system is built on: respect for the other,” he was quoted by the Telegraph as saying.
However, Keith Porteous Wood, Executive Director of the National Secular Society, said that allowing a full niqab in court may act as an impediment to justice.
“Lord Neuberger understandably recommends judges understand the expectations of how those ‘from different cultural, social, religious or other backgrounds think and behave and how they expect others to behave’ and that the judiciary should show ‘respect to everybody equally,’” he said.
“It was a missed opportunity, however, not to acknowledge that occasionally – for example on a defendant wearing a full face veil – doing so might conflict with justice being seen to be done, or even justice being done.”