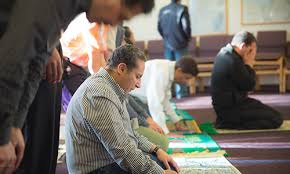 A 63-year-old Muslim immigrant, who looks after terminally-ill children in the U.S., has said his selfless and inspiring story is helping change negative perceptions about Muslims in America.
In an interview with Anadolu Agency, Libyan-born Mohamed Bzeek said: “My story changed the way the American thinks about Muslims.”
Muslims in the U.S. are seen as “criminals, killer, we are not good and Islam is just the religion of blood and devastation,” he said.
“[But] after my story, I showed them the true Islam. Islam is about love and compassion and sympathy towards other people.”
Bzeek’s story became public after he was interviewed by Los Angeles Times last year. He has been taking care of abandoned or terminally-ill children since 1989.
Recalling the words of an atheist in the U.S. to him, Bzeek said he told him: “After reading your story I hope there is god so he can reward you.”
Bzeek said he had taken care of 80 children in the U.S. since the 90s.
“Ten of them died; I was holding them [when they died],” he said.
Some of the babies he took care of did not even have names, he said, so he gave them Muslim names.
“I raise them as Muslims.”
Turkey acknowledges contribution
The man with a heart of gold has been acknowledged by Turkey and an award was given to him by the Turkish president himself; even a Turkish filmmaker is planning to turn his inspiring story into a documentary.
Speaking at a ceremony in capital Ankara where Bzeek was given the International Benevolence Award, President Recep Tayyip Erdogan said stories like that of Bzeek gave people hope despite the violence and brutality across the globe.
About the difficulties he faces in helping terminally-ill children, Bzeek said it is not easy to raise children who require special care.
“It is a very hard job,” he said: “They have a lot of medication, they have a lot of machines.”
Some nights you cannot sleep because you have to take care of them during the night, he adds.
“This is my first vacation in seven years,” he added.
An electronic engineer by profession, Bzeek, who himself has a disabled son, remembers his first foster child.
“A Mexican girl,” he recalled.
“She was just a month old,” when Bzeek began looking after her. In 1991, she died after living for two-and-a-half years with the family.
“It was very hard and it was my first experience of death with a little kid that you have at home for two years.
People ‘afraid’ to care
“When she died it really hit me hard and I was so sad, I was crying for three days,” Bzeek said.
Bzeek, who is a devout Muslim, said he cares for children regardless of their religion, nationality or skin color.
“I just take them as human beings, I consider them as my own children, I don’t think them as foster children,” he said.
In 1995, Bzeek and his wife decided to take care of terminally-ill kids.
“I was told that I am the only house in the LA that is taking [care of] kids knowing they are going to die,” he said.
People do not want these kids because they are dying, he added.
“They are afraid if they take them home and they die in their house it will be devastating for their family and kids. That’s why people don’t like to take kids that are going to die.”
He said children under his care are made to feel at home.
“When I take them, I make them feel at home. I make them feel they have family, brothers and sister. They are safe and somebody will take care of them.
“And somebody will be with them until the last minute of their lives.”